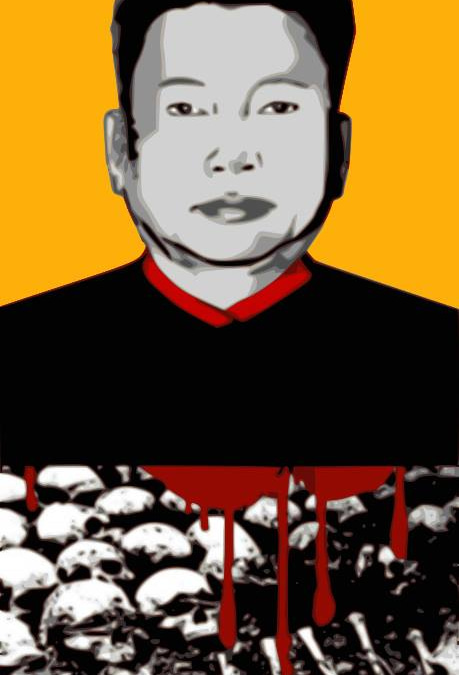 The role of the US in the disaster of Cambodia.

After one month of arriving in Cambodia, I take a day to myself, get caught up with social media, clean the house, and peruse a few books already read for the purpose of trying to answer some questions friends have asked. Many of you have PM me to ask why I came. The answer includes trying to understand my own culture, and to do so one requires understanding what effect we Americans have had on other nations. This NYT review of “Cambodia’s Curse: The Modern History of a Troubled Land is worth reading since it clearly acknowledges the role of America and other rich countries in this disaster. I hope you read the book – it is available on Kindle.

In the preface to “Cambodia’s Curse: The Modern History of a Troubled Land,” Joel Brink­ley recalls his first encounter with Cambodia. Brinkley was reporting for The Louisville Courier-Journal from a refugee camp near the Thai border in 1979, in the aftermath of Pol Pot’s reign. “As they tell of years of horror and misery,” Brinkley wrote, “their faces are expressionless and dull . . . as if they’re talking about a dull day of work. Their tales end with a nodding acknowledgment of the death of their nation and culture.” Brinkley, who later worked for The New York Times, finds little has changed in the 32 years since then. As the title suggests, his book is an unabashed plea to refocus international aid and diplomacy on a suffering people. It is also an attempt to hold some of those responsible for that suffering accountable — but not all. Cambodia lost a quarter of its population under the Khmer Rouge. For many, survival meant 14-hour days of backbreaking work, often on little more than a cupful of rice or a smattering of gruel. You could be killed on the least suspicion you sympathized with the Vietnamese. The effects of this period have proven hard to shake.

Cambodia is one of the world’s poorest countries. “Among Southeast Asian nations,” Brinkley writes, “only Burma is poorer, on a per capita basis.” At least 30 percent of Cambodians live on less than a dollar a day. About 40 percent of children suffer from stunting (failure to develop because of poor nutrition). In 2010 only 30 percent of Cambodian middle-school-age students were enrolled in school. Asia’s self-described “longest-ruling prime minister,” Hun Sen, is a murderous kleptocrat, Brinkley shows. Corruption is rife. The sick may die waiting for treatment if they cannot pay doctors’ bribes in hospitals. https://www.nytimes.com/2011/06/26/books/review/book-review-cambodias-curse-by-joel-brinkley.html