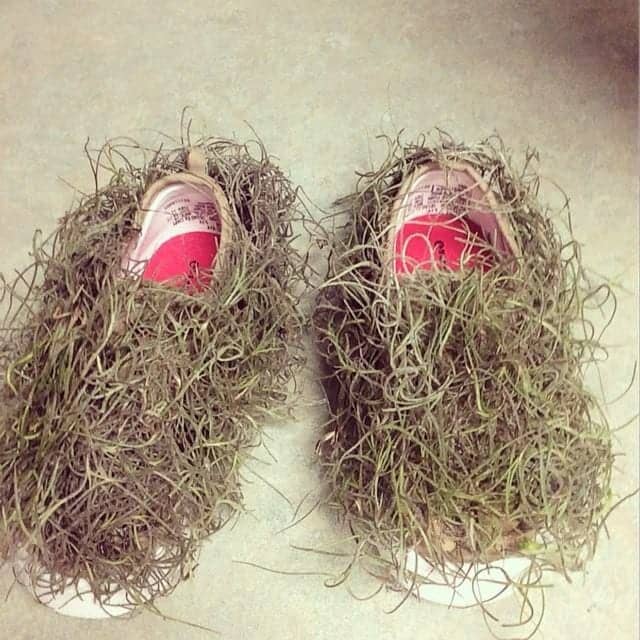 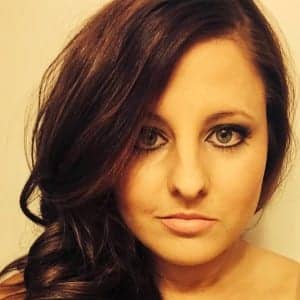 Students are making Soul Shoes down in Orange Texas, thanks to their teacher Krista Richard.  The classroom discussed violence against children around the world and in their own community and decided to create shoes that celebrated their environment in Orange.  Moss from the cypress trees became strong and symbolic shoes!

Paintings of old plantation houses always portray Spanish moss dripping from stately trees. Along coastal wetlands, cypress trees draped in the mysterious gray threads warn intruders not to enter unprepared. Today, the plant blankets hardwoods across the Deep South from east Texas to Virginia, although modern urbanization and pollution took a toll on the delicate plant.

Cypress Moss is the stuff of legends in the South and Mrs. Richard lead her studentsto intuitively grasp its significance.  We look forward to hearing more about the shoes and their makers.  We bow to Krista Richard and wish we could peek into her classroom.

A cultural history of moss is offered by John N. Felsher, a professional freelance writer and photographer in the American South:

Long ago, fishermen, hunters and trappers wrapped themselves in Spanish moss when mosquitoes became too annoying. Even today, sporting men and women sometimes drape themselves with Spanish moss when sitting on a deer stand or in a duck blind. Not only does the moss protect them from insects, but also provides excellent native camouflage.

Its propensity to repel bugs made Spanish moss fibers an excellent stuffing material for mattresses and upholstered furniture. Two centuries ago, insect-borne diseases killed thousands of people in the warm, wet, semi-tropical wilderness of the Deep South.

Until the early decades of the 20th century, Spanish moss not only protected people from the ravages of insects, but also from the ravages of poverty. Commercial moss harvesters operated lucrative enterprises throughout the once vast swamps and forests of south Louisiana. They used long poles to pull moss clumps from tall trees. They baled their “catch” into great heaps and transported them by boat or wagon to processing gins.

Processing gins turned the gray scaled strands into black fibers similar to horsehair. These fibers constituted the backbone of a thriving upholstering industry. Some of the best furniture in stately old homes still contains this symbol of the South.

Some people still make small, stuffed objects and handicrafts from the moss. One can still purchase small quantities for large sums in hobby or craft stores. These remnants of a once-great industry usually go into making decorative ornaments.

While few people still stuff Spanish moss fibers into furniture or mattresses, the plant remains the stuff of legends. The Attakapas Indians, who ruled the swamps of southern Louisiana, had many ideas of how the odd-looking plant arrived in the South. Two of their more romantic legends attribute the moss to either the short-lived love affair of two young Indians or to the death of a lusty Spaniard.

According to the first legend, long before the first white men penetrated the swamplands of future Cajun Country, an Attakapas princess fell deeply in love with a brave from another village. Her choice of a mate outside the clan greatly angered her father, a powerful war chief. The chief prohibited her from seeing her lover. Simply unthinkable, marriage to an outsider would disgrace the chief, the village and the tribe.

As often happens, especially with teen-aged girls, love proved more powerful an influence than parental authority. The princess obeyed her father, at least publicly, but secretly rendezvoused with her forbidden lover deep in the swamp.

Also, as often happens throughout history, the lovers could not keep such an illicit affair secret for long. Soon, the chief learned about the clandestine assignations. Enraged, he swore to end such disobedience immediately. He hid near an oak tree that marked the secret meeting place.

When the lovers arrived, the chief hurled himself at the surprised young warrior. They grappled in a deathly embrace. The brave warrior fought like a lion, but his strength was no match for the chief’s blistering paternal hatred. The old man cut the young warrior to pieces with his knife. Heartbroken, the princess then grabbed the knife and thrust it into her own stomach, killing herself as the legend goes.

This tragedy so saddened the Great Spirit that he placed the lovers’ long, ebony hair high in the oak tree where all could see it blowing in the wind. Forever, it would remind all who passed beneath of the power of love and hate. After many years, the hair turned gray and spread from branch to branch, then tree to tree as a lasting memorial of the affection between the princess and the young warrior.

A second legend evokes the bitter rivalry between red natives and white explorers. In the early history of Louisiana, Spanish explorers roamed the swamps in search of gold. Months at sea without female companionship burdened these men with overflowing hormones. When they landed and discovered beautiful, scantily clad young Indian maidens, their boiling hormones erupted.

One Spanish explorer fancied a certain Attakapas Indian maiden. She did not return his affection. Spying her fetching water one day, he fell hopelessly in love – or at least in lust with her! He approached the young maiden who fled through the swamp in terror. Not being able to outrun the larger, stronger man, the girl tried to escape by climbing into a giant oak tree, but the Spaniard saw her and climbed after her. She climbed higher; so did he.

Soon, she had no place else to go. As the Spaniard reached for the beautiful woman, she jumped to the ground. Injured, she limped away, disappearing into the vast unknown that marked the primordial Bayou Country swamp. She never returned to her village.

The Spaniard suffered a worse fate, according to the legend. He lunged after the maiden, but entangled his long gray beard in twigs and tree branches. Hopelessly enmeshed in the high branches, the Spaniard became the prisoner of the tree. Trapped deep in the swamp, he never returned to his shipmates either.

Nature took its course. Eventually, nothing remained of the lusty Spaniard except his beard. By supernatural force, it propagated from tree to tree as a reminder of the explorer’s sin. Soon, nearly every oak tree in the South sported some “Spanish Beard.”

Doubtful though this origin may seem, the name “Spanish Beard” caused considerable real friction between competing French and Spanish settlers. The plant reminded French explorers of the long, flowing gray beards worn by Spaniards. They called it Barbe Ethanol, or “Spanish Beard.” Highly insulted, the Spanish retaliated against their European rivals by naming the plant Cabello Frances or “French Hair.”

Although both Spain and France each controlled Louisiana at various periods in history, the French culture prevailed more prominently than that of the Spanish. Therefore, a variant of the French version stuck – more or less.