I’m an ass, you’re an ass- so where’s the problem? 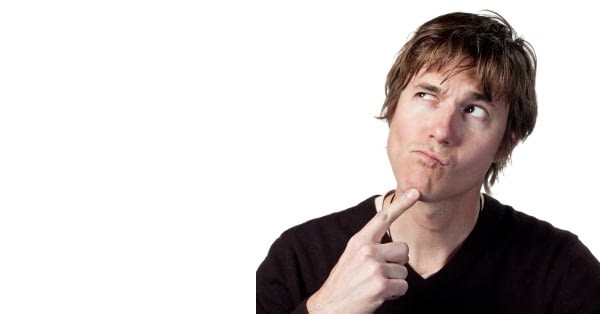 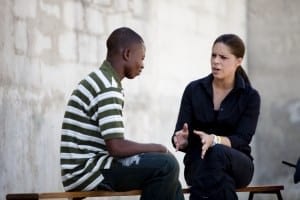 “I’m an ass, you’re an ass, so where’s the problem?”  I read these words decades ago but I’m just beginning to own them.  They come from Fr. Tony de Mello, who was ostracized by his church but continued to teach people how to wake up and live until his sudden death in 1987:

“There’s a lovely saying of Tranxu, a great Chinese sage that I took the trouble to learn by heart. It goes: “When the archer shoots for no particular prize, he has all his skills; when he shoots to win a brass buckle, he is already nervous; when he shoots for a gold prize, he goes blind, sees two targets, and is out of his mind. His skill has not changed, but the prize divides him. He cares! He thinks more of winning than of shooting, and the need to win drains him of power.” Isn’t that an image of what most people are? When you’re living for nothing, you’ve got all your skills, you’ve got all your energy, you’re relaxed, you don’t care, and it doesn’t matter whether you win or lose.

Now there’s HUMAN living for you. That’s what life is all about. That can only come from awareness. And in awareness you will understand that honor doesn’t mean a thing. It’s a social convention, that’s all. That’s why the mystics and the prophets didn’t bother one bit about it. Honor or disgrace meant nothing to them. They were living in another world, in the world of the awakened. Success or failure meant nothing to them. They had the attitude: “I’m an ass, you’re an ass, so where’s the problem?”  Anthony DeMello, Come Home to Yourself

I’m an ass, you’re an ass.  It’s become a mantra to me.  I am a slow learner but I’m beginning to figure it out.  Most of my life, I have been giving all the power to someone else and I’ve done it for obnoxious reasons.   I knew I was an ass but I kept apologizing for it and masquerading noble deeds, empathy and the need not to hurt other people’s feeling to cover it up.  On some level I wanted to do good, do right in the world and be perceived as a kindhearted human being.  I wanted to somehow make up for the ugliness and wickedness of those that had wounded me and the multitudes of those who I saw wounded.  Worse than that, I wanted some validation of that image of myself from my family, co-workers, clients and random strangers.  I wanted to please.

It’s a trap.  Yes, it’s wonderful to care about other people, nice to do good things for them, to be empathetic, to understand their feelings- but it’s only half the picture.  Each of us in made of countless masses of cells and each cell is a living organism struggling for its own survival.  By design, we are incredibly selfish organisms and yet we try ever so hard to deny our intrinsic selfishness.  We put the feelings and the significances and the agenda of everybody else in our lives above our own, and in doing so we place ourselves in an adversarial relationship with our own nature.  What we don’t count on is how our own nature is going to fight back.

We can take it for a while, even decades, but the truth is you cannot suppress this stuff.  Anger, resentment and all sorts of tensions build up and you begin to feel unfulfilled and inauthentic.  Worse yet, you prevent yourself from building a genuine life.  As social beings, we forget there is a middle ground and we convince ourselves that anything is better than being an asshole.  We become goody-goody and we continue our struggles for whole lifetimes.

It doesn’t have to be this way.  It’s not black and white.  We can have both self-sacrifice and unselfishness and also be a careless asshole.  We can become independent of the good or bad opinions of others and be grounded in our own values.  Ultimately, we can walk our own path and not let anyone take us off of it.  We do not have to deny our own nature- and we can build better lives for ourselves.

Ask yourself honestly how much you are looking for validation and chances are it is a lot.  It will make you neurotic and likely to fail.  Yes, you may have financial or social success but in truth you are going around in circles worrying about what everyone is thinking about you and not honoring your own values and agendas.  Both praise and criticism become problems for you.

You need to bust through that and you need to decide right now that the best course of action for you, the best strategy is to become completely independent of the good or the bad opinions of others. This means that people will come and will praise you, you’ll take that praise but it won’t change your trajectory. You won’t need that praise, you won’t thirst after it.